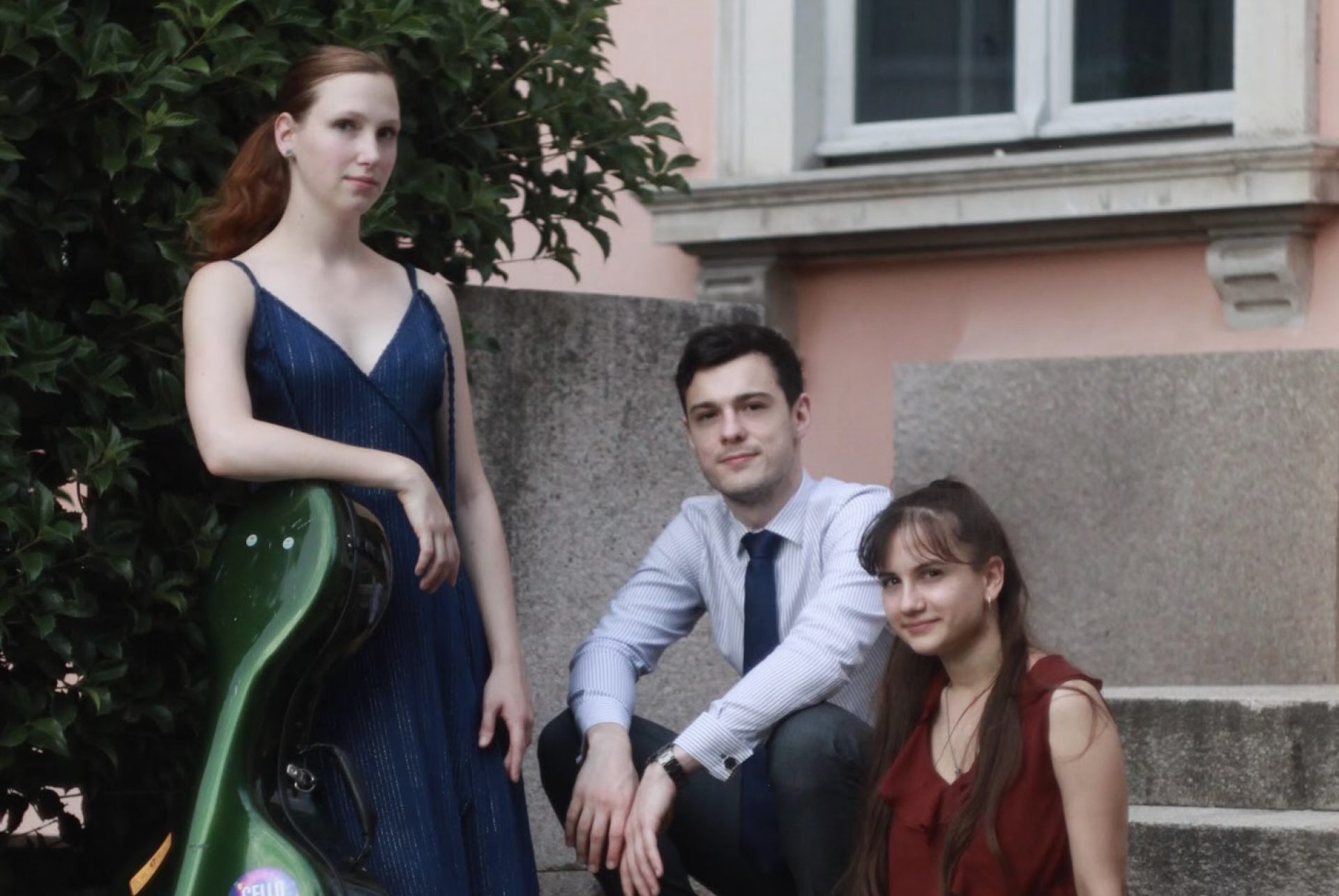 The Chloé Piano Trio (Maria Gîlicel, Jobine Siekman and George Todica) was formed in  2017 by talented emerging musicians at the Royal College of Music, London. The trio has  performed across the UK and in France, including at London venues, Charlton House,  Royal Academy of Arts, Champs Hill (Sussex), Austrian Cultural Forum, Lichfield  Festival, Banstead Arts Festival and Hargrave Festival, to name a few.

In April 2018 the Chloé Piano Trio, back then known as the Daphnis Trio, was  nominated by the RCM for the Birmingham Intercollegiate Piano Trio Competition and  won the Third Prize. The repertoire of the trio ranges from Baroque and Classical  periods to the modern and newly commissioned music. The Chloé Trio is also highly  interested in the performance of works written by female composers, having already  recorded Clara Schumann’s Piano Trio and Lili Boulanger’s D’un Soir Triste and D’un  Matin Du Printemps at Abbey Road Studios.

The ensemble has received tuition from such high profile musicians as Norma Fisher,  Lucy Gould, Richard Lester, Ben Hancox, Mark Messenger, Simon Lepper, Suzie  Meszaros, Leonid Kerbel, and others. Recent concerts were at the Elgar Room (Royal  Albert Hall) and a performance for HRH Prince Charles during his President Visit at the  Royal College of Music.

Looking forward to our concerts at the @foundlingm

Over the moon to announce that we've been awarded

#tbt post to our inspiring time in Lugano at @tici

30th December - SAVE THE DATE! So excited for our

CD and website alert ⚠️💪 We now have our ne

#tbt to one of our concerts in Ascona, sharing pro